Narrative Distinctions and the DM (Introduction and a chicken)

Sorry for the Lack of posts. Had a massive virus infection on my computer and was lucky enough to save it (with the help of a very good friend), but lost lots of time (and all my bookmarks ...). Anyway, here's a little something I had cooked up some time ago about how I use themes in my games. It also expands a bit on the Basic Random Terrain Generator I wrote about here and expand on here and here (which will build a "realistic" region from scratch with a flow of the land, weather, flora, fauna and add layers of fairy, evil, politics and history at the fringes for good measure).

What am I talking about?

Thought it was funny to hang it on a wall in my kitchen. Took me about two weeks to develop a lust for some fried chicken and one more week to realize that the poster was the source of said urge (I also had that chicken ...). Thus, my friends, is the power of advertising. And it's something we should learn to use more consciously at the table, I think.

So how does a DM use the developing narrative in a game and still evoke the right atmosphere? By distinction.

This is a relatively simple tool, but I believe it to be very useful for every DM. Most will do this to some degree instinctively or because they play it by the book, but done deliberately it's a great way to manipulate the atmosphere at the table. Just like if you say "chicken" often enough at the table, people will start thinking about chickens sooner or later ...

As a Narrative Distinction (= the contrasts a DM is encouraged to use when navigating the characters through a setting) I'm thinking about a trinity of intertwined realities for Lost Songs:

In this spectrum adventurers will move, constantly from one aspect to another. Those aspects will mix and blend, too, but usually you underline one pair of aspects before the others. The weird is the beautiful until it becomes mundane or is tainted by evil, the mundane can become magical or evil and evil can be mundane or with a magical source ... 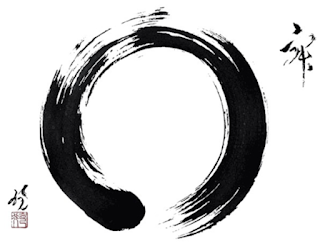 As you see, the beautiful and the weird are not exclusively together, the weird could be evil, too (and so on). But this is about influencing the game solely on the narrative level. The realm of fairy is the personification of magic and the otherworldly. Connecting this with beauty has been a big thing in narratives since the first fairy tales.

And if the characters are in that realm, the mundane and the evil should be alien concepts for those living there. Not unseen, but the exception. When they are in areas tainted by The Darkness, beauty and the mundane should be the exception and so forth.

But let's take a closer look at those pairs ...

... another time. This became a huge chicken text again and I thought I'd split it and share the love over the next few days. So in Part 1 I'll talk about untamed wilderness and the grim reality of things and you can keep on reading here, here and then here.

As always comments and observations are very welcome. Is this something the DMs among you use at the table? Something that you could push a bit more or leave alone entirely? I'd be interested in hearing ideas about this!